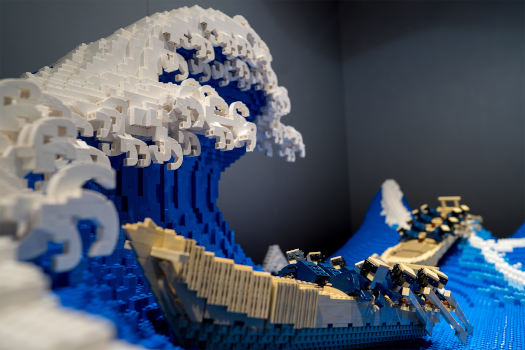 The Fourth Wave of Enterprise Software

Host of the InsideAnalysis podcast Eric Kavanaugh welcomed Iterate’s CDO/CTO Brian Sathianathan and Engineering Manager Shomron Jacob. Joining in on the conversation about the evolution of enterprise software was Zehra Çataltepe, a machine learning expert of over 30 years and co-founder of Tazi.ai.

The fourth major wave is here.

We’re now in the 4th wave of enterprise architecture:

As an innovation company, We (Iterate) are rowing. We’re rowing as fast as we can.

We created Iterate to help traditional organizations innovate a lot faster and bring products to market quickly.  We believe that companies have plenty of innovative ideas, but it’s difficult to get those ideas into production. It’s not just about building applications. Our solution to this is a comprehensive drag-and-drop environment with pre-built components (the “building blocks”) where apps could be developed rapidly and deployed into production. The foundation is built on the “five forces of innovation”: Artificial Intelligence (AI), Blockchain, Data, Startups, and Internet of Things (IoT). The objective is to help customers democratize and get to market as fast as possible. We don’t necessarily want to replace legacy systems, but rather provide the right set of connectivity into legacy systems.

So, how does Iterate play a part in this movement? We have Interplay: a low-code enterprise platform for innovation.

When Shomron began working on Interplay, he realized that everything became “blocks”. Prior to serving as an Engineering Manager at Iterate, Jacob graduated from Illinois Institute of Technology with a Masters in Computer Science (AI/ML), became a Software Engineer but soon found himself learning ML/AI and therefore switched his career to being a full-time data science professional. During his first two years at Iterate, he led multiple high-profile projects for clients such as Jockey, Ulta, Central, PartyCity, Chanel, CircleK, PamperedChef, etc. He created end-end solutions from scratch using state-of-the-art ML/AI techniques clubbed with software solutions inside our low-code no-code platform, Interplay. He also filed for 3 patents for his work on Interplay. Jacob is uniquely positioned and quite qualified to share his insights on machine learning, AI, and the Interplay platform. He asserts that the “actions of writing code, training models, cleaning processes, and scaling processes can be containerized, repeated, and snapped together quickly.” With Interplay, these were pre-built modules that were ready to be implemented, and users would be able to customize to their liking.

From personal experience and observation, Jacob recognized that when applications are being built, people don’t tend to think about how much code and data needs to go into production, and that Kubernetes can take care of this issue by distributing the load. Further, when it is working cross-functionally with AWS or GCP, it simplifies the process even more. Kubernetes makes it easier to deploy and manage microservices architecture by grouping containers that make up an application into logical units for easy management and discovery.

In this podcast, Jacob highlights that Interplay will help businesses and clients accelerate their minimum viable product (MVP). The low-code revolution is not new, and the industrial-grade of cloud computing solutions we have access to today allows developers to weave all the abstract complexities of the front lines together because of the declarative technology that is being used, opposed to the imperative technology of the past. The host, Eric, alludes that “you don’t buy all the components to build a car, you just buy the car.”

There’s work to be done (and yes, we’re hiring).

There are 25 million web engineers in the world. Only 300,000 are AI engineers. It’s hard for traditional organizations to hire and retain talented engineers in the AI space. The same goes for IoT and blockchain. Zehra, co-founder of Tazi.ai and an expert in machine learning notes that “enabling everything to be easier to be more accessible to people who don’t have certain technology, education or experience is really valuable.” She believes that treating AI as a team member like a living-breathing person is critical in moving forward with rapid application development for large enterprises. She brings up an interesting concept of “human in the loop” that implores people to have explanations in a continuously changing (AI) environment. This concept is also referred to as a feedback loop where you make observations about whether a system is working properly; and depending on said results, a reaction is made.

AI is becoming more contextual because humans are contextual. Models are trained, there are outcomes, and updates are made in response to those outcomes. We’re at the beginning of this fourth phase of new solutions that are going to be developed much more in a collaborative fashion. Iterate means to change something. Markets shift dramatically, and rapid change is the norm. If businesses aren’t mapping out ways to incorporate these models into their systems, there is a good chance that they will be capsized.